Thomas was one of a batch of reinforcements for the Division, and had sailed on board the Transport Ship Transylvania, bound for the Middle East. On 4 May 1917 the Transylvania was torpedoed and sank with the loss of more than 400 lives, one of whom was the 36 year old Thomas.
He is commemorated on the Savona Memorial, Italy.

Thomas is also commemorated on his parents’ headstone in Pisgah churchyard. 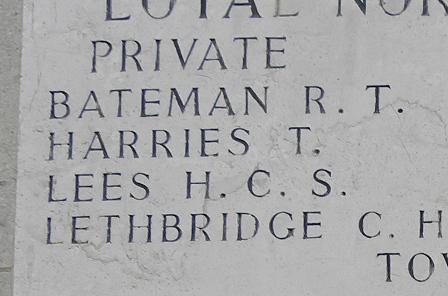