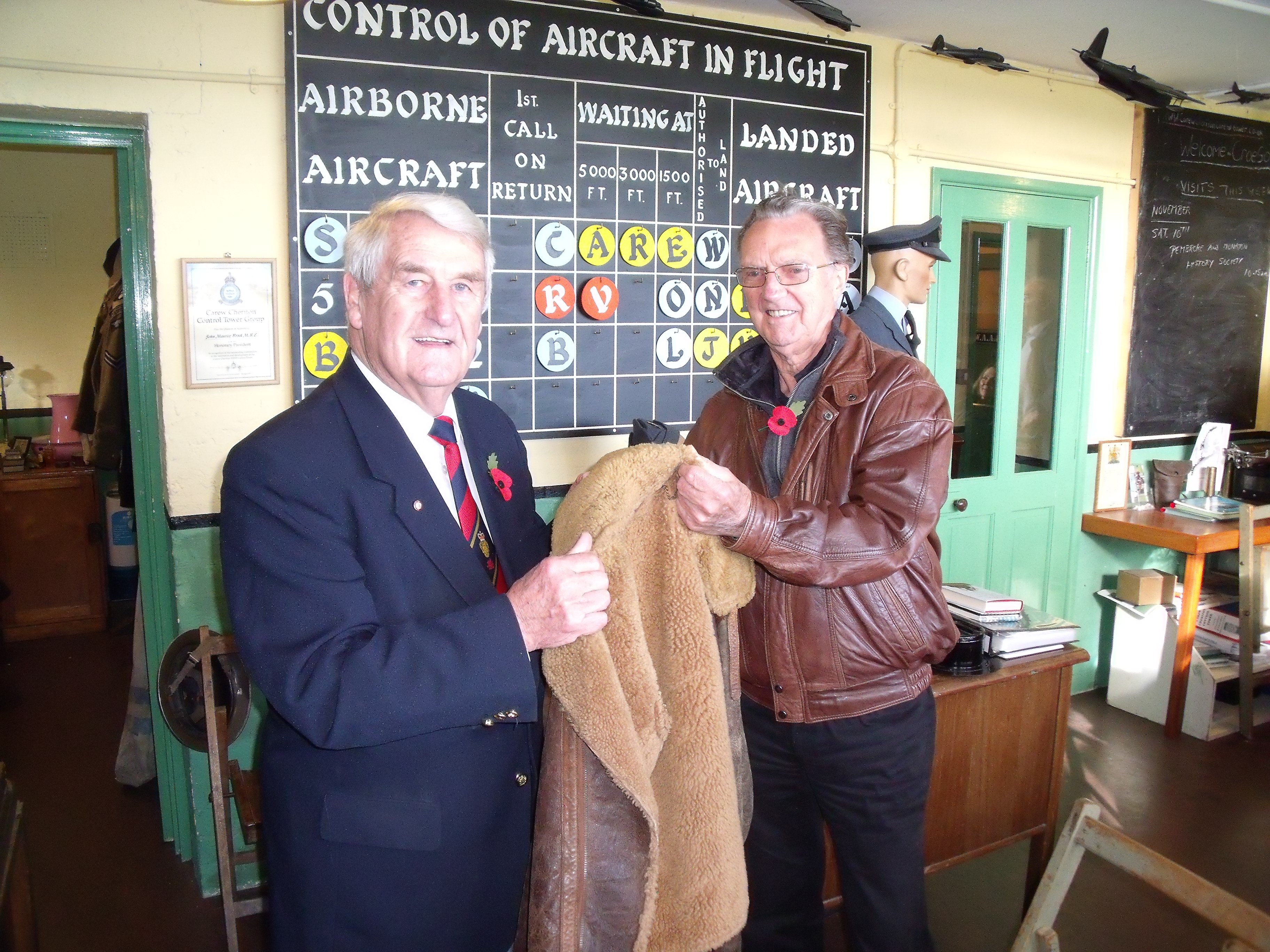 Society member, Don Hood from Cosheston, bought the leather sheepskin jacket in the early 1950s for just £5 from former Bomber Command aircrew member Dennis Noon who was selling his possessions prior to immigrating to Rhodesia.

Designed and manufactured by Leslie Irvin the sheepskin flying jacket was the widest used by the RAF throughout World War II. As aerospace technology improved the altitudes at which aircraft operated increased. In Bomber Command aircraft flew at altitudes of at least 25,000 feet where ambient temperatures could reach minus 50 degrees Celsius. A warm, thick flight jacket was an essential piece of equipment for aircrew like Dennis Noon.

Said, Don Hood “I was only 11 when war broke out so I never wore the jacket until I used it when riding my motor bike.”

Accepting the donation on behalf of the Museum, John Brock said. “As a community based museum we have been most fortunate in receiving donations of 1940s memorabilia from members of the public. Don’s donation is most welcome and truly generous.”