Warning: imagepng(/home/cheriton/public_html/wp-content/uploads/bfi_thumb/dummy-transparent-p5a2wmthxr7fqyhbhtiirp5bkcjtna4kjawnyml03c.png): failed to open stream: No such file or directory in /home/customer/www/carewcheritoncontroltower.co.uk/public_html/wp-includes/class-wp-image-editor.php on line 493

“By the right, quick march” 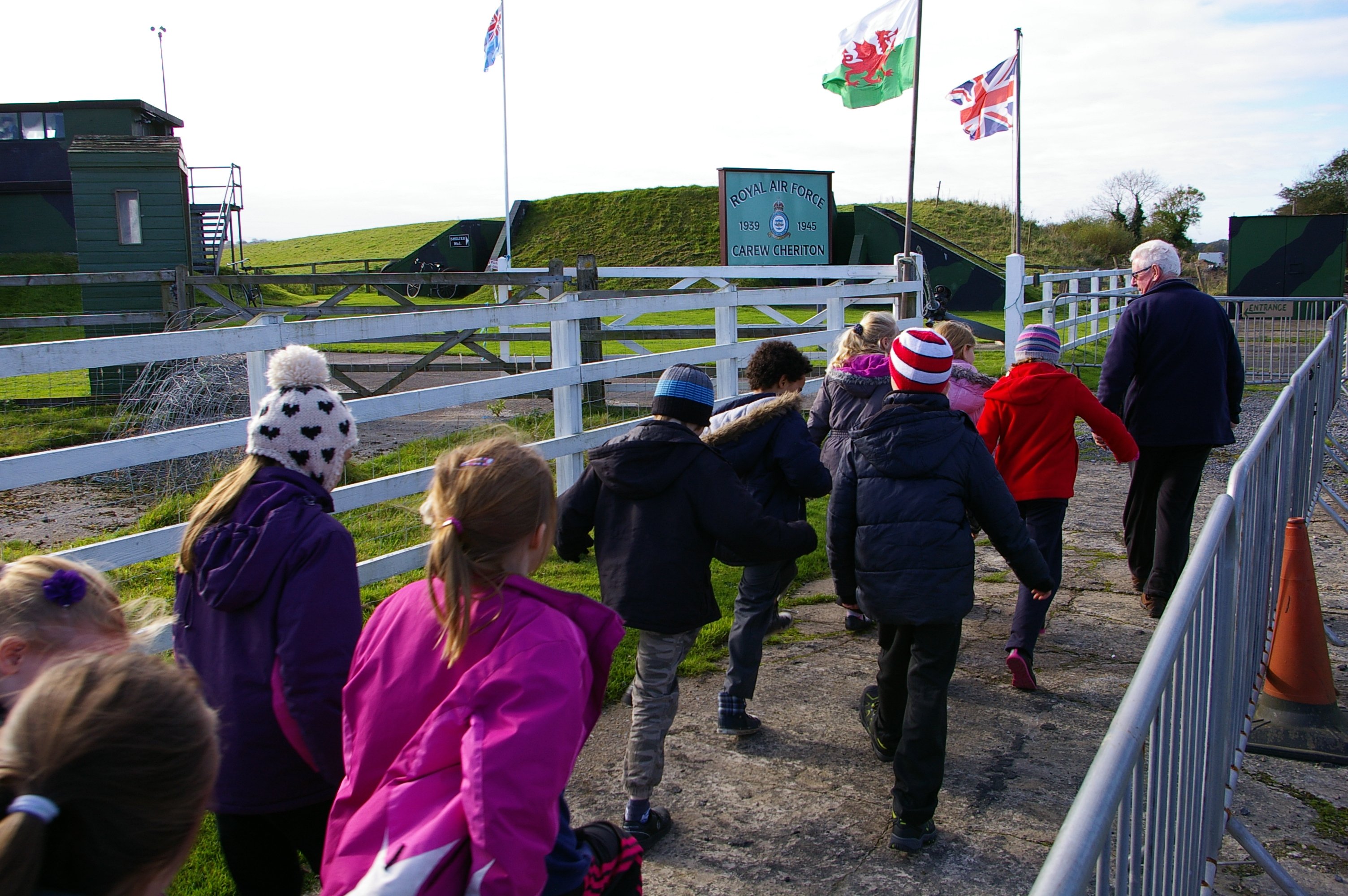 Pupils from Gelli Aur Golden Grove School, Pembroke, got a lesson in gas masks when they visited the WWII at Carew Cheriton Control Tower recently.

Demonstrating the museum’s range of gas mask exhibits to the children John Brock MBE said “Following the gas attacks in the First World War there was a great fear that Germany would launch poison gas attacks on the civilian population in the Second World War. In Pembrokeshire alone 90,000 were issued to people and as a young boy I quickly learnt to make sure I had my gas mask with me at all times in case there was an attack. Once, my teacher made me cycle all the way home to Milton when I forgot to take it to my school in Pembroke Dock. It was a long way to cycle so I made sure I never forgot it again.”

The Gelli Aur Golden Grove schoolchildren were fascinated by the gas mask incubators into which babies up to 2 years old were put but it was the red and blue gas mask for two to five year old children that drew the most interest. John said, “It was known as the ‘Mickey Mouse’ gas mask even though it doesn’t look anything like the cartoon character. The authorities thought many small children would be frightened of gas masks and believed the bright colours and the friendly name would help. Parents were instructed to make a game of wearing a gas mask and toddlers soon learnt to put on their own gas mask.” To the amusement of the Gelli Aur Golden Grove pupils John demonstrated the noise 1940s children would make and added “Children quickly learnt to annoy their parents by making a ‘raspberry’ noise every time they breathed out.”

As part of their studies into the 1940s the Gelli Aur Golden Grove schoolchildren had earlier visited the County Museum at Scolton Manor. Said John “It was a busy day for the children so to make sure we could fit everything in we had one of our ex-servicemen volunteers march the group round the site at double time. They seemed to really enjoy being drilled and were quick to form up for each march. We’ll think about building that into future school visits.”

Warning: imagepng(/home/cheriton/public_html/wp-content/uploads/bfi_thumb/dummy-transparent-p5a2wn2ls2kismrqyz92n6frlrmxha85in9gyzas8y.png): failed to open stream: No such file or directory in /home/customer/www/carewcheritoncontroltower.co.uk/public_html/wp-includes/class-wp-image-editor.php on line 493

Warning: imagepng(/home/cheriton/public_html/wp-content/uploads/bfi_thumb/dummy-transparent-p5a2wn2ls2kismrqyz92n6frlrmxha85in9gyzas8y.png): failed to open stream: No such file or directory in /home/customer/www/carewcheritoncontroltower.co.uk/public_html/wp-includes/class-wp-image-editor.php on line 493
Recommended Posts

Years of research pay off with Remembrance Day VisitNews
Family Visit the War Grave and Crash Site of Anthony BarnesNews
%d bloggers like this: