When the lights were turned out in the Stanton Air raid shelter at Carew Cheriton Control Tower pupils from Monkton Priory Community School realised how hard RAF WWII fighter pilots would have found it to find German Luftwaffe bombers in the dark during nightly raids in the Blitz.

Earlier in their visit to the Second World War Museum children learnt how the wartime Government had let it be known that RAF pilots were eating lots of carrots to improve their night vision and so help them to shoot down enemy bombers.

Rather than admit to new Airborne Interception radar in British night fighter warplanes the Government promoted the story that eating carrots gave RAF pilots an ability to see the enemy in the pitch black. When Fl. Lt. John Cunningham shot down the first German bomber on 19th November 1940 using the new radar technology he was nicknamed “Cats Eyes” Cunningham and a myth was created.

It was a win-win situation: the Germans could be kept in the dark  about the secret radar that helped night-fighter pilots ‘home in’ on their targets, and it would boost the consumption of cheap, healthy home-grown vegetables by kids eager to emulate their heroes on the rationed home front.

As well as finding out about the exploits of “Cats Eyes” Cunningham the children learnt about the Battle of Britain fighter pilot, Sgt Charles Ayling, who is buried in Monkton Cemetery. Sgt Ayling, who had earlier married a local girl, sadly died just 4 days after joining another special RAF squadron formed to help confirm information from Ultra Code secrets. 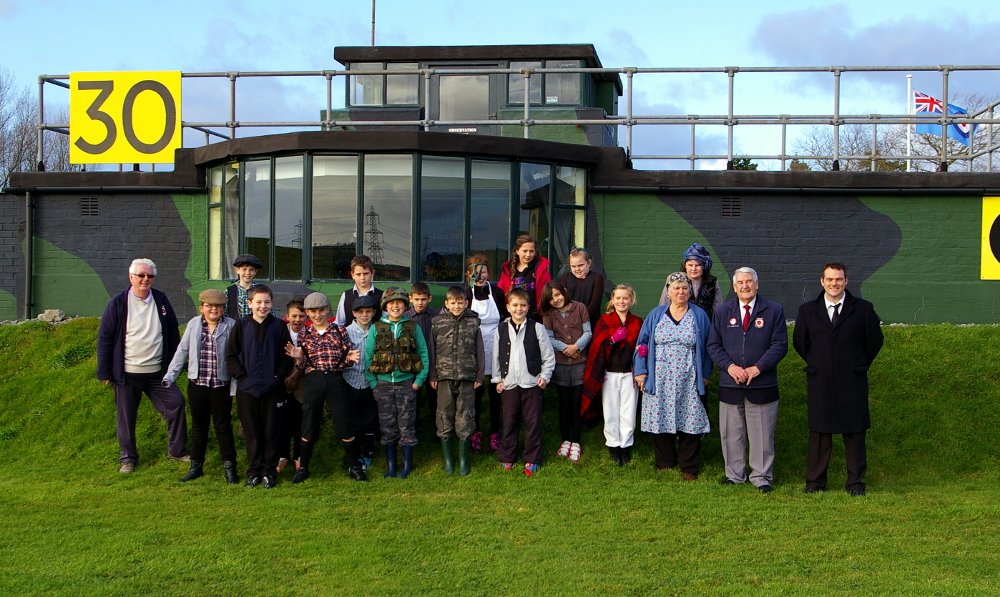