Shown a Second World War Mills Grenade when they visited Carew Cheriton Control Tower recently, children from Cosheston VP School, were the latest to be warned of the dangers of finding unexploded ordnance in the area.

The grenade was found earlier in the year close to Sageston and fortunately was not live but, over 60 years since hostilities ended, shells, grenades and bullets are still surfacing and visitors to the Control Tower are warned of possible dangers in their area.

Dressed as evacuees the children from Cosheston learnt that the land just outside their small village had been used as a bombing decoy during the war. The similarity between the shoreline around Pembroke Dock and the shoreline to the west of Cosheston led to decoys being created to fool German night-raiders into bombing open fields around Cosheston Point rather than the naval dockyards.

The deployment of a range of incendiary devices designed to mimic burning houses were clearly effective as several cows were reported to have fallen victim to German bombs and craters can still be seen alongside the road from the Point.

The village itself may not resemble a typical dormitory town but that is what it became during the Second World War as people from Pembroke Dock left the town each night to take refuge in one of the ten air raid shelters built in Cosheston.

So to round off their visit the Cosheston school children donned tin helmets and huddled together in the Control Tower’s own wartime air raid shelter to sing wartime songs and to get a sense of what life as a child may have been like. 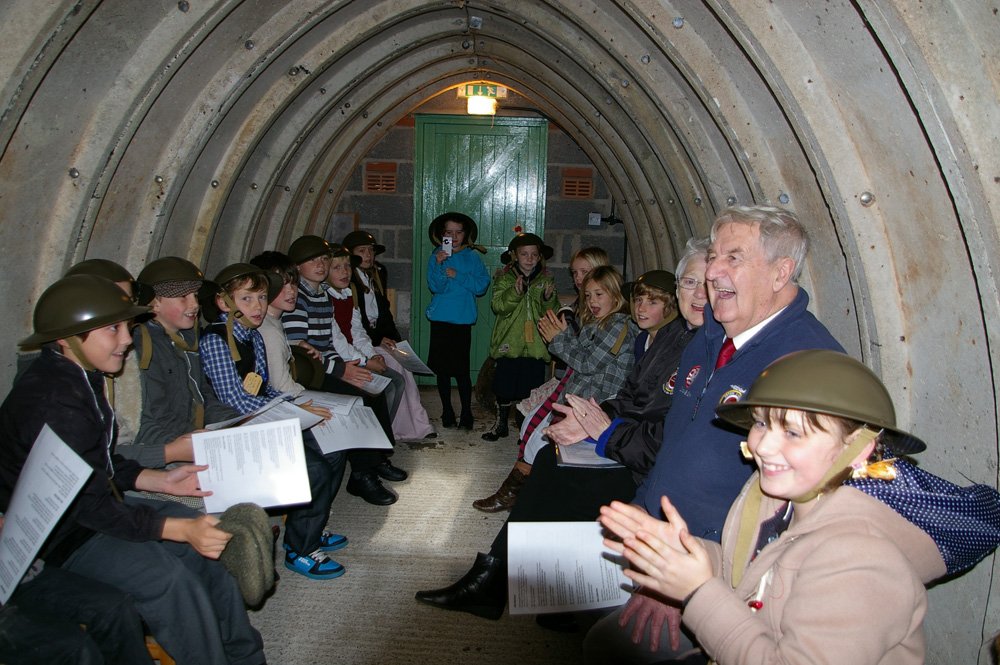