By Andrew
Posted October 23, 2012
In News
St. Oswald’s School visits Wartime Museum2012-10-232016-01-06https://www.carewcheritoncontroltower.co.uk/wp-content/uploads/2016/02/cropped-Control-Tower-Logo.pngCarew Cheriton Control Towerhttps://www.carewcheritoncontroltower.co.uk/wp-content/uploads/2012/10/stoswaldssept2012-2.jpg200px200px
0
The start of the school autumn term saw the first school trip to the wartime museum at former RAF Carew Cheriton when St. Oswald’s VA School Jeffreyston children spent the day learning about life in the 1940s.
Dressing up as a World War Two pilot, a Land Army girl or sergeant in the Home Guard in the museum’s collection of authentic 1940’s uniforms normally provokes great excitement and laughter amongst schoolchildren of all ages. But museum volunteers are at pains to make sure that they don’t glorify war or make life in 1940s Pembrokeshire sound glamorous.
Certainly, the children from St. Oswald’s didn’t relish the shortages German U-boat attacks on shipping brought to 1940s Pembrokeshire. Wartime meals would have received few takers amongst the St. Oswald’s children and the order posted on the Control Tower noticeboard by the Station Commander in March 1943 reminding all ranks “that, due to wartime shortages of paper, persons using the Station toilets will be rationed to ONE piece of paper, PER person, PER sitting…” seemed hard for the children to accept.
Joining the first of the two classes from St. Oswald’s to visit the Control Tower Museum was former chairman of the now wound-up Pembrokeshire Branch of the Normandy Veterans Association, Gordon Prime.  As a Despatch Rider in the Royal Army Service Corps, Gordon went ashore with the Canadian Forces at Juno Beach on D-Day and continued through to Germany. He said he had spent more than 20 years visiting Pembrokeshire schools talking to schoolchildren about the Second World War and for the first time this year would be talking about his experiences at St. Oswald’s.
Museum President, John Brock MBE, said “More than 100 young men died while serving at RAF Carew Cheriton so we try hard to strike a balance between making the learning experience fun while not forgetting the human sacrifice made. We hope to bring history to life by telling stories about individual airmen and women who served here.”
One such story is that of Flight Lieutenant A K (Ken) Gatward of 236 Squadron who crashed his aircraft at Cresselly Down not far from the old site of St. Oswald’s school while returning to RAF Carew Cheriton from convoy escort duties.  Gatward flew into history books by piloting his lone Beaufighter, T4800, ND-C, over German occupied Paris to drop a French Tricolore flag over the Arc d’Triomphe on 12th June 1942.
But it is the mystery of his crash at Cresselly Down that teachers and pupils of St. Oswald’s were asked to help solve. For “homework”, museum volunteers asked if they could make inquiries around Jeffreyston and Cresselly to discover if anyone locally knew exactly where the crash occurred. 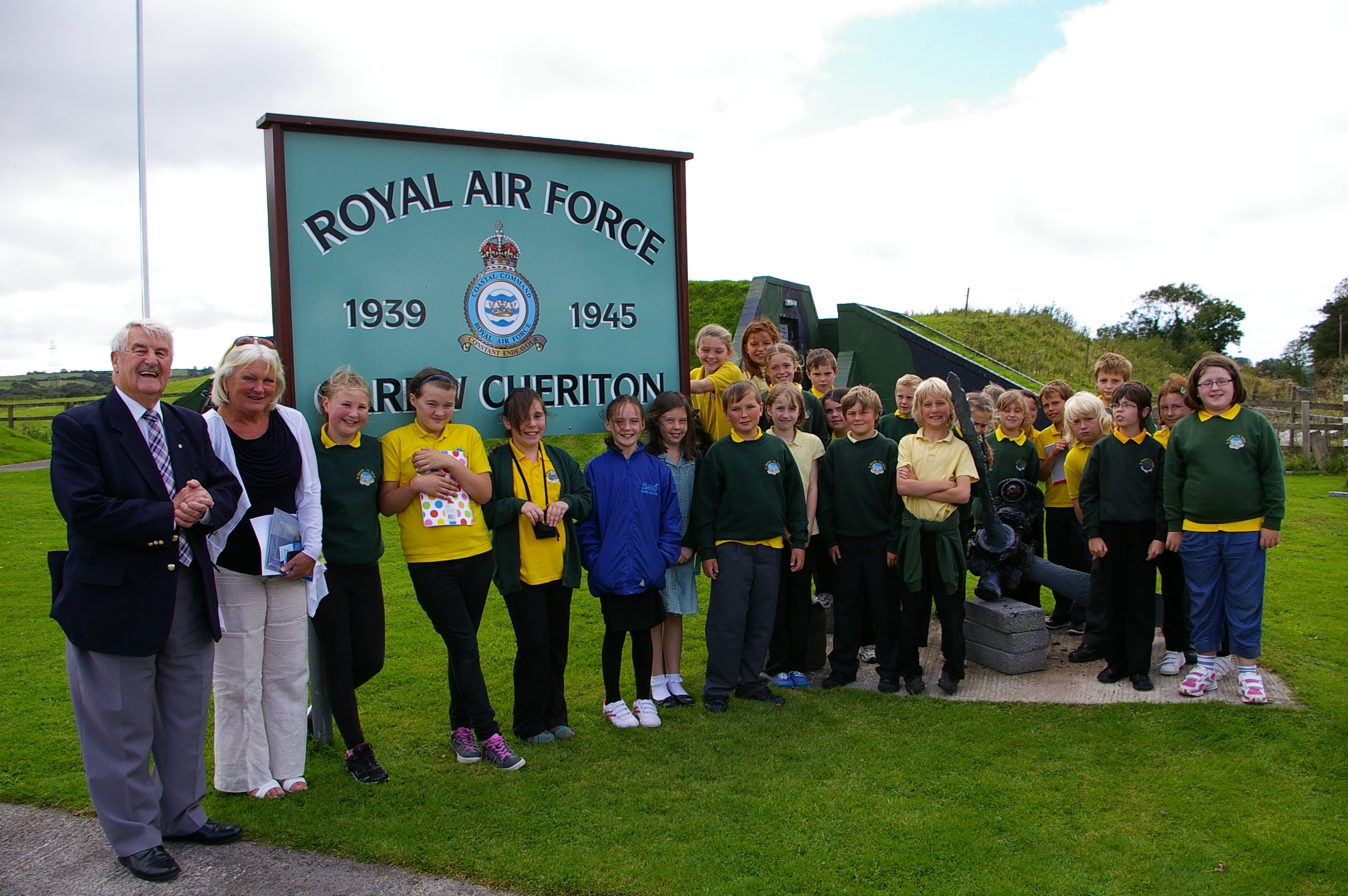 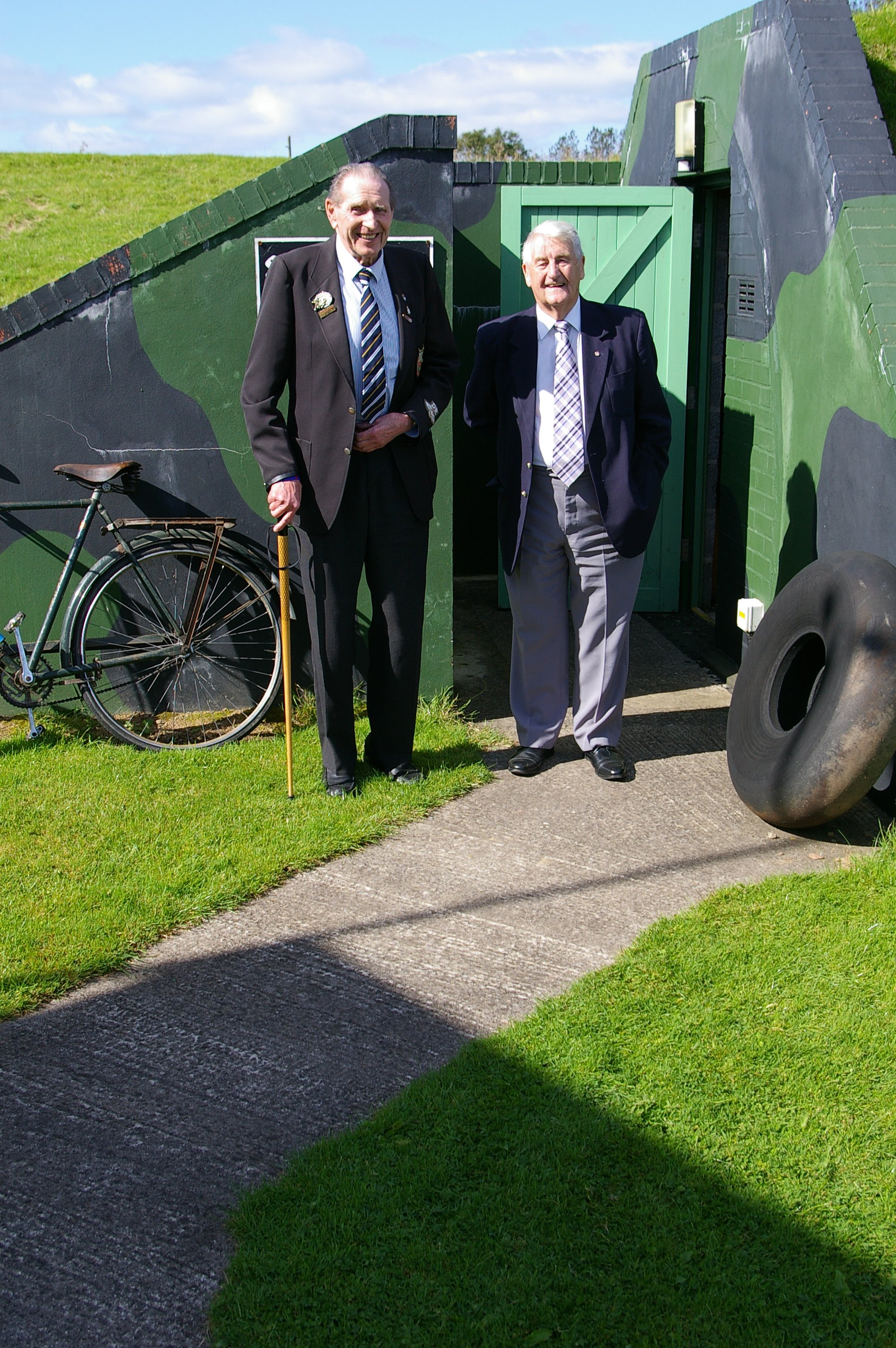