Years of research pay off with Remembrance Day Visit 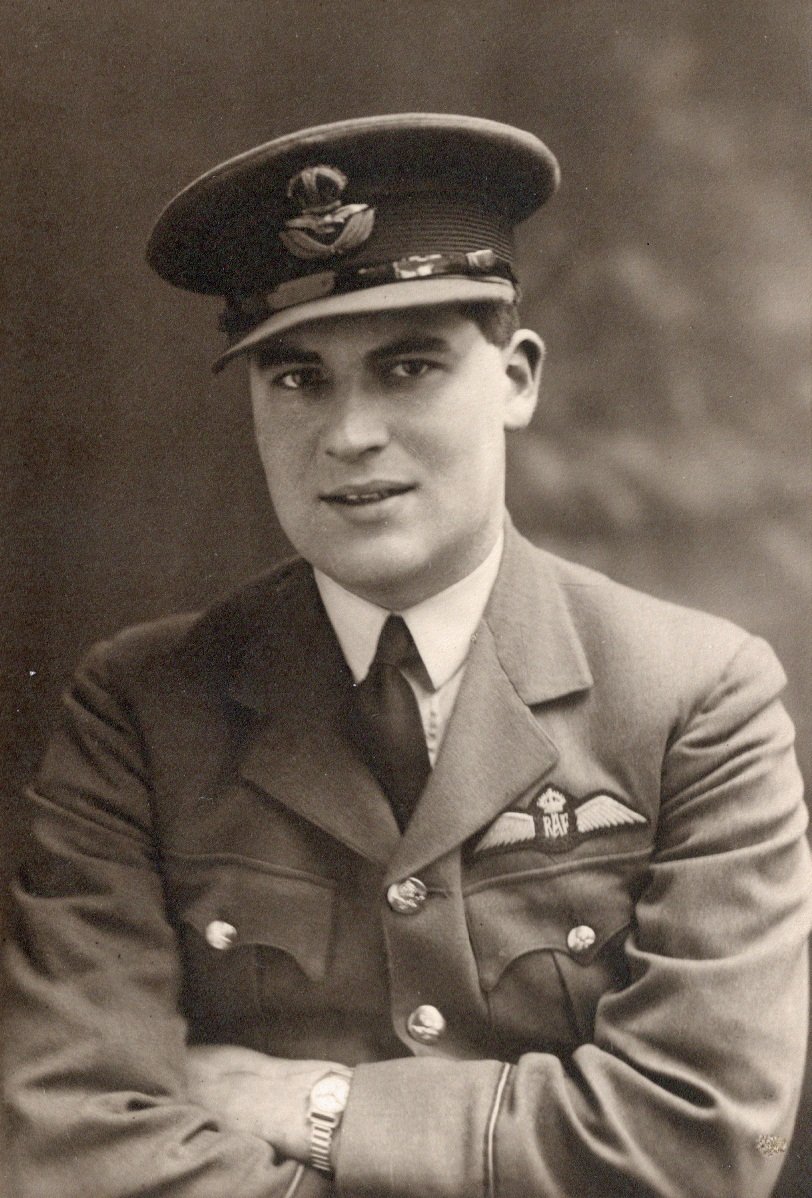 Members of the extended family of RAF Pilot Officer Anthony Barnes are to visit his grave for the first time this Remembrance Sunday after being found on the Internet by volunteer researchers at Carew Cheriton Control Tower Museum.

For more than 30 years Deric Brock, Chairman of the  Museum, has been scouring archives endeavouring to trace relations and friends of the 15 airmen who died during the Second World War and are buried in war graves at Carew Cheriton. His efforts have resulted in relations visiting the small military section of the local cemetery from New Zealand, Canada, USA, Holland and Poland. Ironically, it was the relations of Anthony Barnes, one of the three Britons buried at Carew, who have remained hardest to find until now.

Anthony’s story is as sad as any of the airmen who died at Carew Cheriton:  Poles, initially captured by the Soviets and imprisoned in Siberia, made their way across Europe to join the RAF after the Germans invaded Russia; Dutch Naval airmen flew their own planes to Wales to carry on the fight as the Germans invaded Holland; and the American who joined the Royal Canadian Air Force to fight for his mother’s country.

Born in Muswell Hill, North London on 2nd October 1918 as the First World War was drawing to an end Anthony was brought up by his maternal grandmother after his mother died of post natal complications two weeks after giving birth to him. His father Major Leon Barnes MC had already been killed in the trenches of Northern France 3 months earlier while serving with the King’s Shropshire Light Infantry which in part explains why tracing any family members took so long and proved so difficult.

Said Deric Brock, “I had almost given up on making contact with the family of Pilot Officer Barnes. In the nineties I wrote to Anthony’s last known address and the address the Commonwealth War Graves Commission had for his next-of-kin. I wrote letters to the local newspapers in Birmingham hoping someone who knew Anthony might reply but nobody did. Then, two years ago I discovered Anthony’s name on the Roll of Honour of his old school in Abingdon, Oxfordshire. Unbeknown to me the school archivist had visited Carew Cheriton while on holiday in Pembrokeshire to take a photograph of his headstone for the school records.”

The Abingdon School archivist had also been unable to make any contact with Anthony’s family and old school records showed only that his guardian was a Mrs Pinson who, it was assumed, would have died up to half a century earlier.

However, with TV programmes like “Who do you think you are” generating interest in family history a link was made showing Anthony’s possible ancestors on a family tree in Australia along with another 80,000 other names that had been “collected” by the tree holder who, unsurprisingly, could add little to what volunteers had discovered about the dead airman.

However, with the aid of genealogical information contained in the 1911 Census and further detective work contact was made with the family of Anthony’s cousin. Initial emails were understandably met with suspicion as to what was behind the museum’s researchers approach.

“But”, said Deric Brock, “we allayed those suspicions and now look forward to meeting Anthony’s relations when they come to our Remembrance Day parade and service. Thanks to the family we now have a photo of Anthony in his RAF uniform and have been able to find out something of his life.”

According to his cousin he was a bit accident prone and once, in thick fog, crashed his motor cycle into an ancient monument. But “The Ant” as he was known in the family was quiet and gentle, with a gift for friendship. Together with his cousin Dorian Gribble he joined the RAF at the start of the war. Neither survived the war. Dorian, a Spitfire ace who went on to win the Distinguished Flying Cross was killed when he crashed into the English Channel in June 1941.

Said Deric, “During their visit we will show Anthony’s family around the airfield and explain the important work he undertook while serving here. If they wish we will take them to the site where the aircraft he was piloting crashed killing Anthony and his Navigator, Sergeant Richard Wilson, who, while serving at Carew Cheriton, had married local Tenby woman, Myfanwy Dobson.”