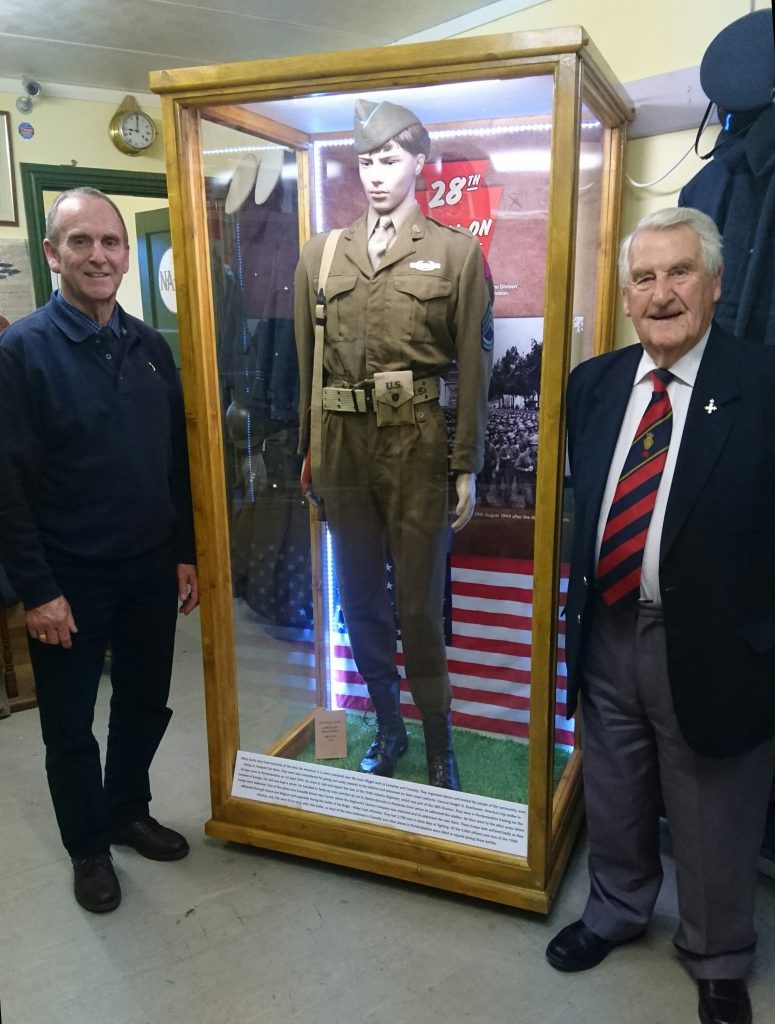 Members at The Carew Cheriton Control Tower Group have unveiled their new display aimed at remembering the American G.I.s connection with South Pembrokeshire. Gerald Williams put the idea forward that the large number of American soldiers stationed locally in the build-up to D-Day should be remembered and not forgetting the American aircraft which used RAF […]

When the lights were turned out in the Stanton Air raid shelter at Carew Cheriton Control Tower pupils from Monkton Priory Community School realised how hard RAF WWII fighter pilots would have found it to find German Luftwaffe bombers in the dark during nightly raids in the Blitz. Earlier in their visit to the Second World War Museum children learnt how the […]

Years of research pay off with Remembrance Day Visit

Members of the extended family of RAF Pilot Officer Anthony Barnes are to visit his grave for the first time this Remembrance Sunday after being found on the Internet by volunteer researchers at Carew Cheriton Control Tower Museum. For more than 30 years Deric Brock, Chairman of the  Museum, has been scouring archives endeavouring to […]

Two groups of pupils from Narberth School enjoyed replaying the story of the first “German paratrooper” to land at RAF Carew Cheriton during World War II when they visited the Control Tower Museum recently. Dressed as members of the Home Guard and RAF Regiment pupils from the school called out the age old sentries’ challenge […]