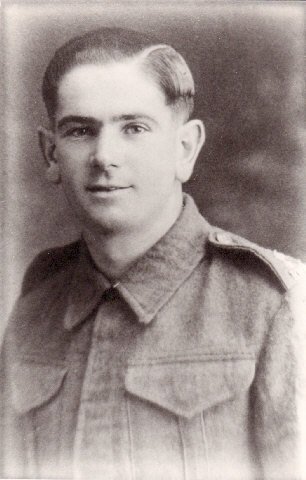 David was the son of Thomas and Mary Ann Williams, of Milton, and he served with the 4th Battalion, Royal Welch Fusiliers, which was attached to the 53rd (Welsh) Division.The Division landed at Normandy at the end of June, 1944 and fought throughout the campaign in Normandy, which is where David was killed on 17 July 1944.He was 27 years old, and is buried at St. Manvieu War Cemetery, Cheux, France.His brother Wilfred also fell.